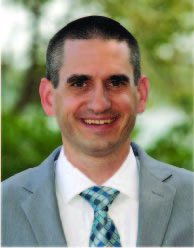 Dr. Frank A. Blazich Jr. (BA, the University of North Carolina at Chapel Hill; MA, North Carolina State University; PhD, The Ohio State University) is a curator of modern military history at the Smithsonian Institution’s National Museum of American History. A veteran of the US Air Force, he had his first edited book, Bataan Survivor: A POW’s Account of Japanese Captivity in World War II, published by the University of Missouri Press in February 2017. He has published widely and delivered public talks on numerous topics relating to modern American military history. His work has appeared in various publications, including the North Carolina Historical Review, The Northern Mariner, Marine Corps History, the Naval War College Review, Air Power History, Army History, War on the Rocks, and the Washington Post. In his free time, he is a colonel in the Civil Air Patrol and director of the Col Louisa S. Morse Center for Civil Air Patrol History. He previously served as the corporation’s national historian from April 2013 to March 2018, during which time he served as principal historical advisor for the Civil Air Patrol Congressional Gold Medal effort.

An Honorable Place in American Air Power: Read it Now!