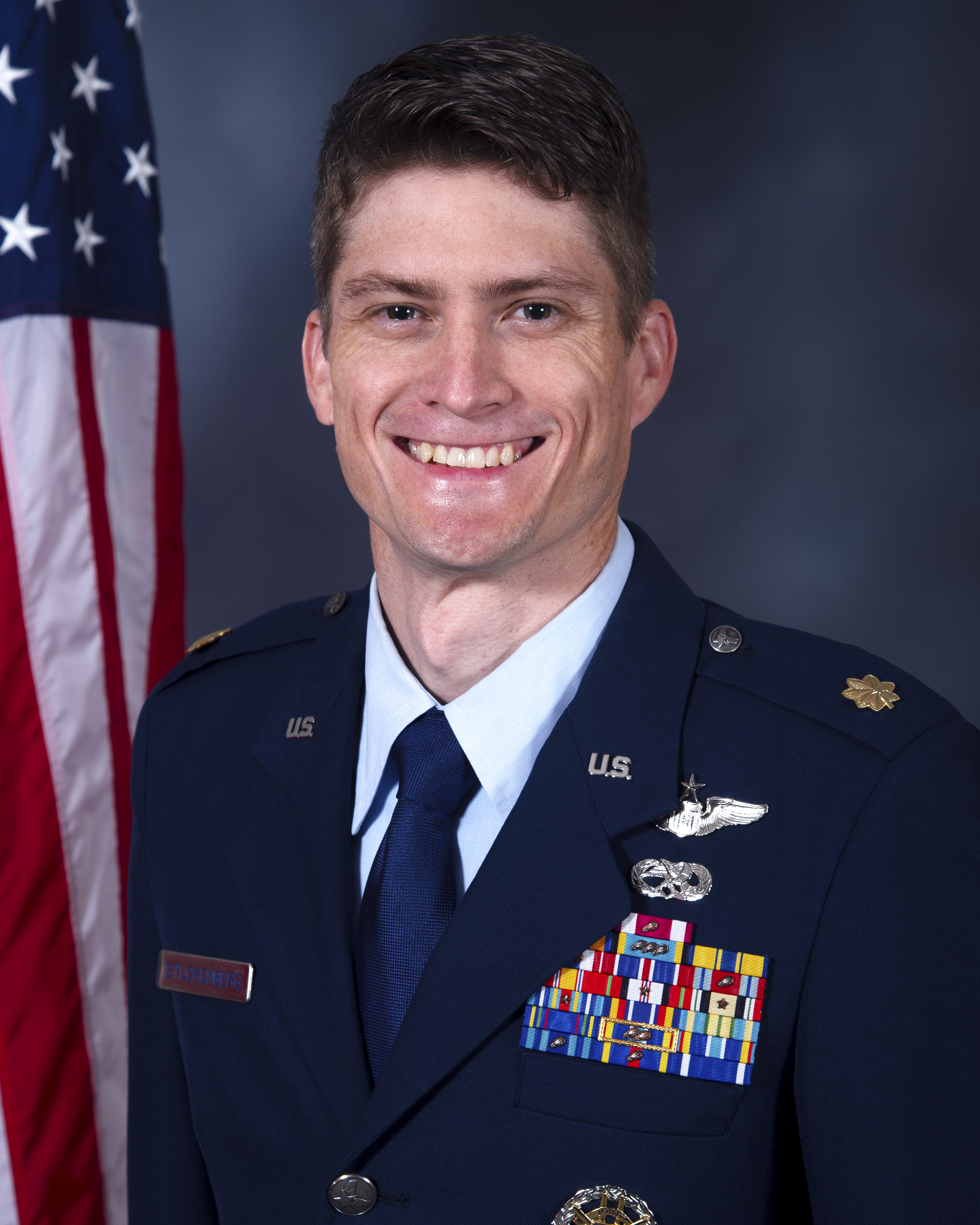 Maj David Stuckenberg is acting director of strategic plans at HQ Texas Air National Guard, Camp Mabry (Austin), Texas. In this role, Major Stuckenberg helps lead and direct the Air Staff’s strategic planning directorate (A-8) to ensure modernization and force readiness across the nation’s largest National Guard, whose mission is to provide military support to state and civil authorities and domestic and international security operations directed by the president of the United States.

Stuckenberg enlisted in the USAF in March 2003 and was commissioned through the USAF-ROTC at the University of Missouri in 2008 after completing a bachelor of science degree. After commissioning, Major Stuckenberg earned his pilot wings and served in multiple military leadership and staff positions, including director of the 6th Air Mobility Wing, Commanders Action Group (CAG), and Chief of Plans and Programs (XP) during which he was programmatically responsible for bilateral US treaty compliance, $1 trillion in Department of Defense assets, and 33 tenant units (including two combatant commands). He has served as a combat aviator in both jet and propeller aircraft and has operational experience ranging from special operations and intelligence, surveillance, and reconnaissance to conventional and nuclear missions.

Before his current position, Major Stuckenberg served at the Joint Chiefs of Staff. In this capacity, he conducted red-team and wargame evaluations at the nexus of emerging strategy and technology (including quantum and nano-sciences). Prior to this assignment, he was a military advisor and Strategic Policy Fellow at the US Department of State, where he directed the largest aviation peacekeeping and capacity building portfolio in the department’s history and regularly advised the National Security Council and United Nations.

Prior to assignment in Washington, DC, Stuckenberg served as aide-de-camp to the commander of Air Education & Training Command (AETC). In this capacity, he also served as AETC’s lead strategist and subject matter expert on technology. During his tenure as aide-de-camp, the major founded the Electromagnetic Defense Task Force (EDTF) for the Vice Chairman of the Joint Chiefs of Staff.

The culmination of his EDTF research and wargaming allowed him to next establish the San Antonio Electromagnetic Defense Initiative (EDI) in concert with the Texas Military Department. EDTF-EDI was benchmarked by The White House as the first strategy to demonstrate how to holistically protect a US population center from electromagnetic and cyber threats. The EDTF culminated with Presidential Executive Order 13865, on which Major Stuckenberg advised during his tenure in Washington. The EDTF research reports authored by Major Stuckenberg and Ambassador R. James Woolsey, sixteenth director of Central Intelligence, are the most downloaded documents in Air University Press’s history.

Before serving as an aide-de-camp, Major Stuckenberg was selected by Air Mobility Command HQ under the Chief of Staff’s Prestigious PhD Program to undertake a scholarship at King’s College London.

He is the cofounder and first CEO of a successful technology start-up, Genesis Systems, and an inventor working to solve global freshwater scarcity. David holds patents globally and is an active research fellow at Johns Hopkins Applied Physics Laboratory (Laurel, MD). He holds a master’s degree in political management from The George Washington University and earned a doctorate degree in international affairs and strategy from King’s College London. He also serves as the chairman of the board at American Leadership & Policy Foundation, a nonprofit public research think tank focused on economics, law, and national security.

For his combat service, Major Stuckenberg was awarded the Air Medal and multiple Aerial Achievement Medals. He has flown in all major theaters of war since September 11, 2001.