AU Library has technology and resources for additive manufacturing: 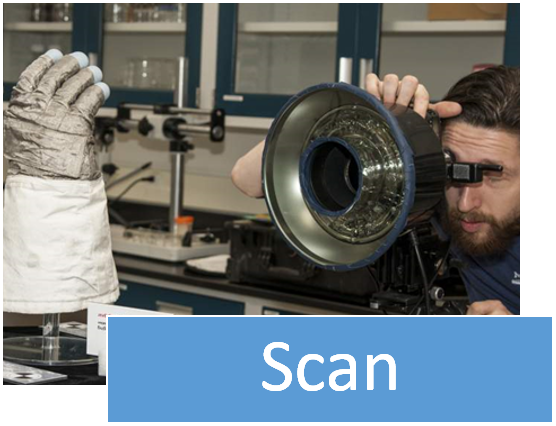 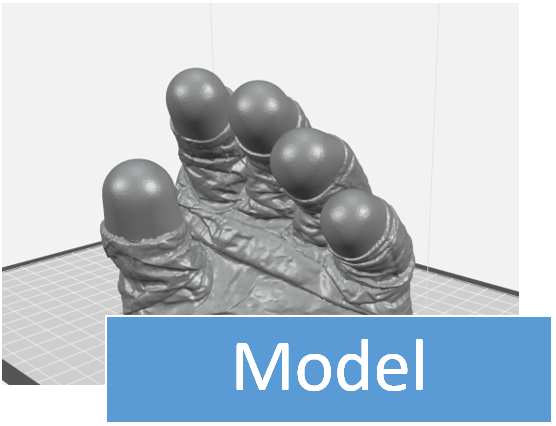 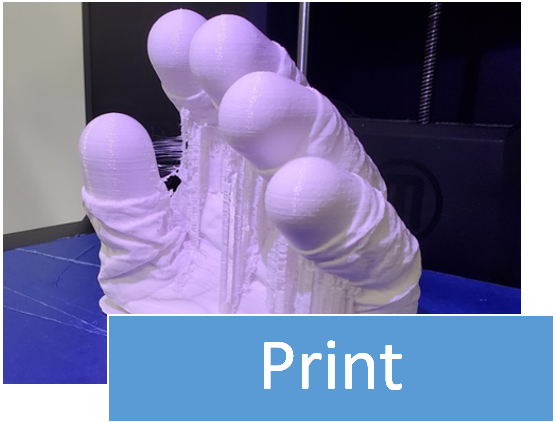 The AU Library's Innovation Lab has hardware and applications available for 3D editing, design, and manufacturing 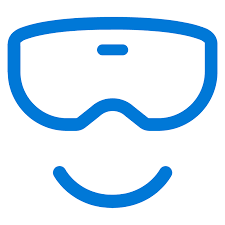 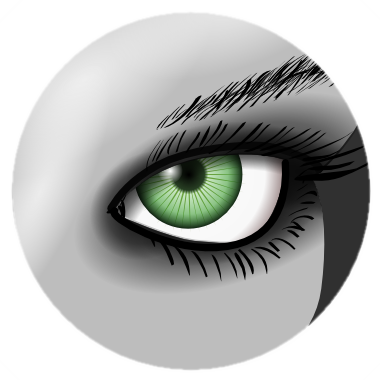 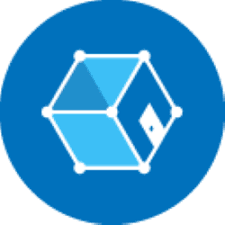 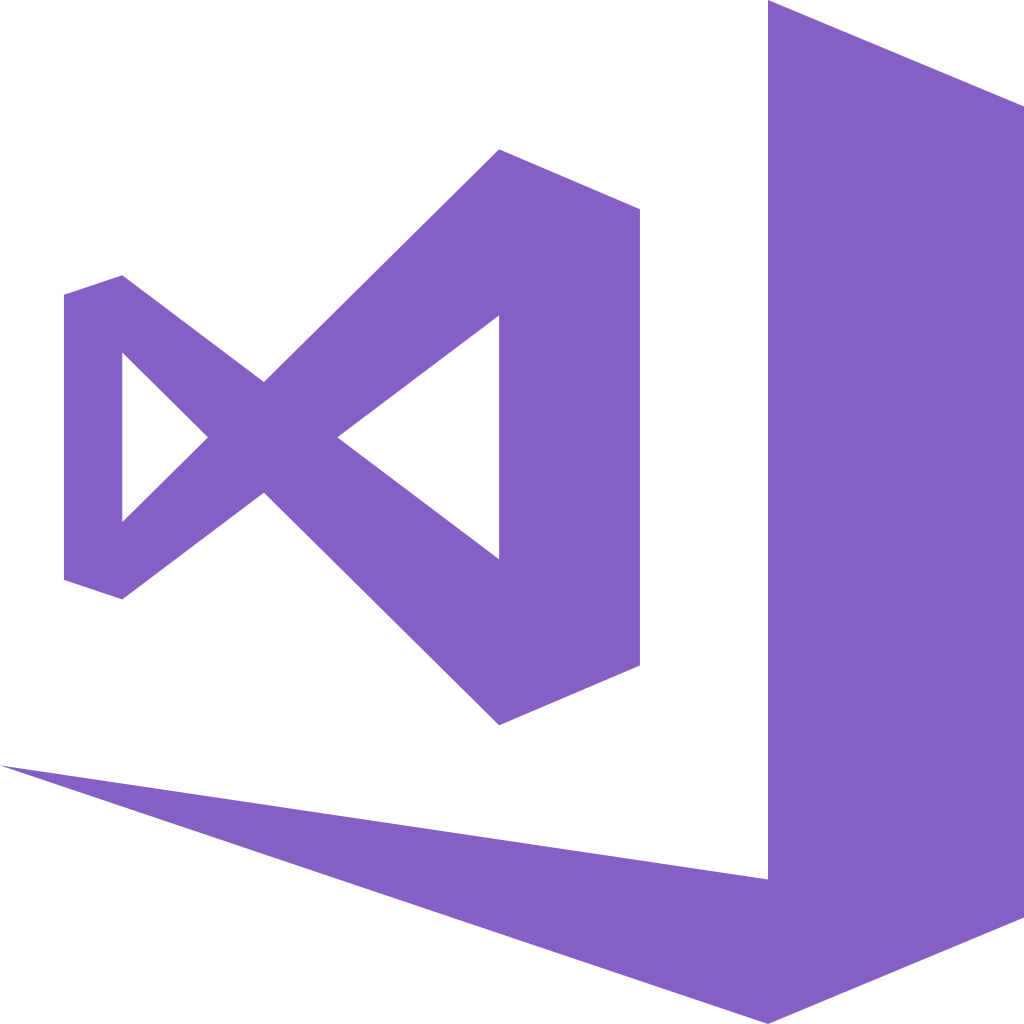 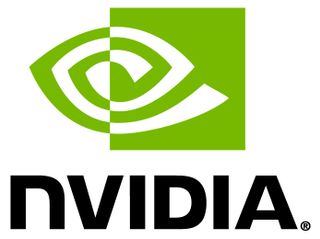 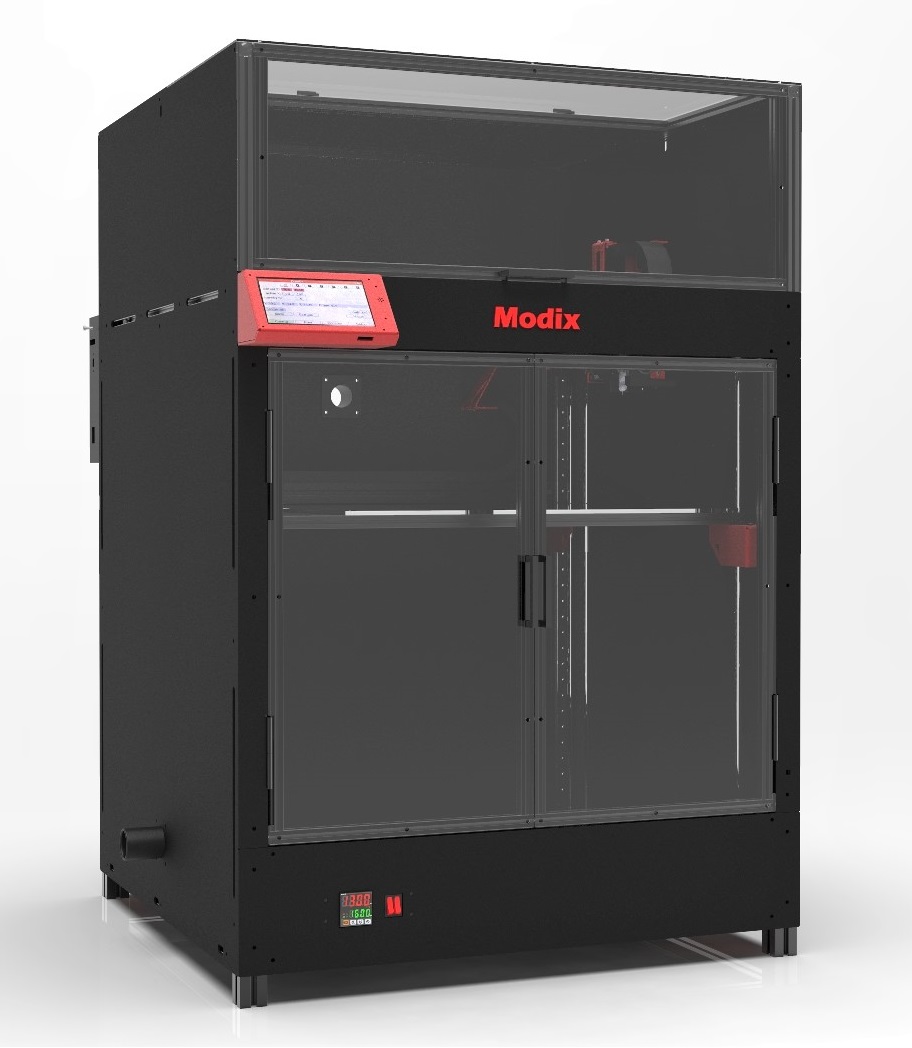 AU Librarians recently assembled a large format Modix "Big 60" 3D printer with a huge printing area of over 8.6 cubic feet! For comparison, that's approximately the same volume as a portable cement mixer or a liquefied Galapagos Tortoise! The "Big 60" is now available and printing in the Innovation Lab at Air University Library. 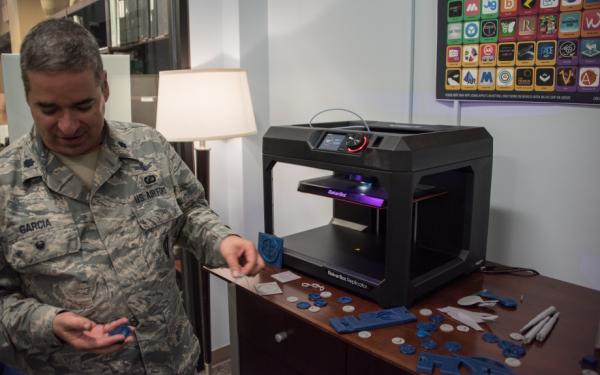 An Air University instructor inspects a fresh batch of 3D printed items. 3D printing, also known as additive manufacturing, can disrupt traditional supply chains and logistical models. Prototype or replacement parts can be manufactured quickly and cheaply in-house, without having to contract out or rely on expensive OEM components. 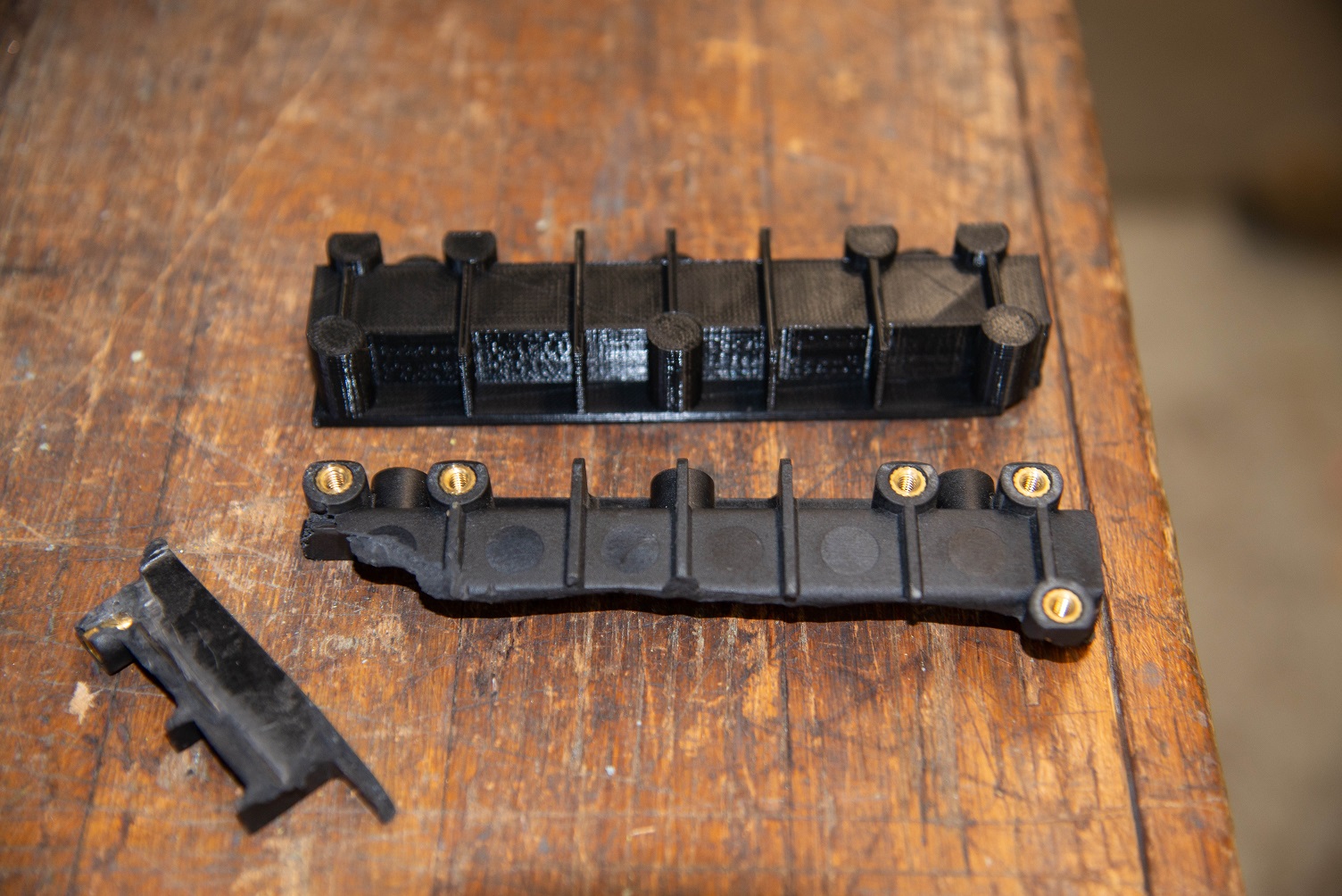 "Using the 3D printer in the Innovation Lab at the [Air University Library], research assistants have developed prototype parts requested by C-130 aircrews. Once such part was manufactured for the Air Force Reserve’s 908th Airlift Wing at Maxwell. The part is used to support crew seat armrests on the unit’s C-130s. Getting a replacement part from the original manufacturer would cost roughly $300 and an untold amount of time to get; however, a former research assistant, Capt. Ian Watkins, a B-1 crewmember at Dyess AFB, Texas, was able to manufacture the prototype in about four hours for less than $2 in materials." 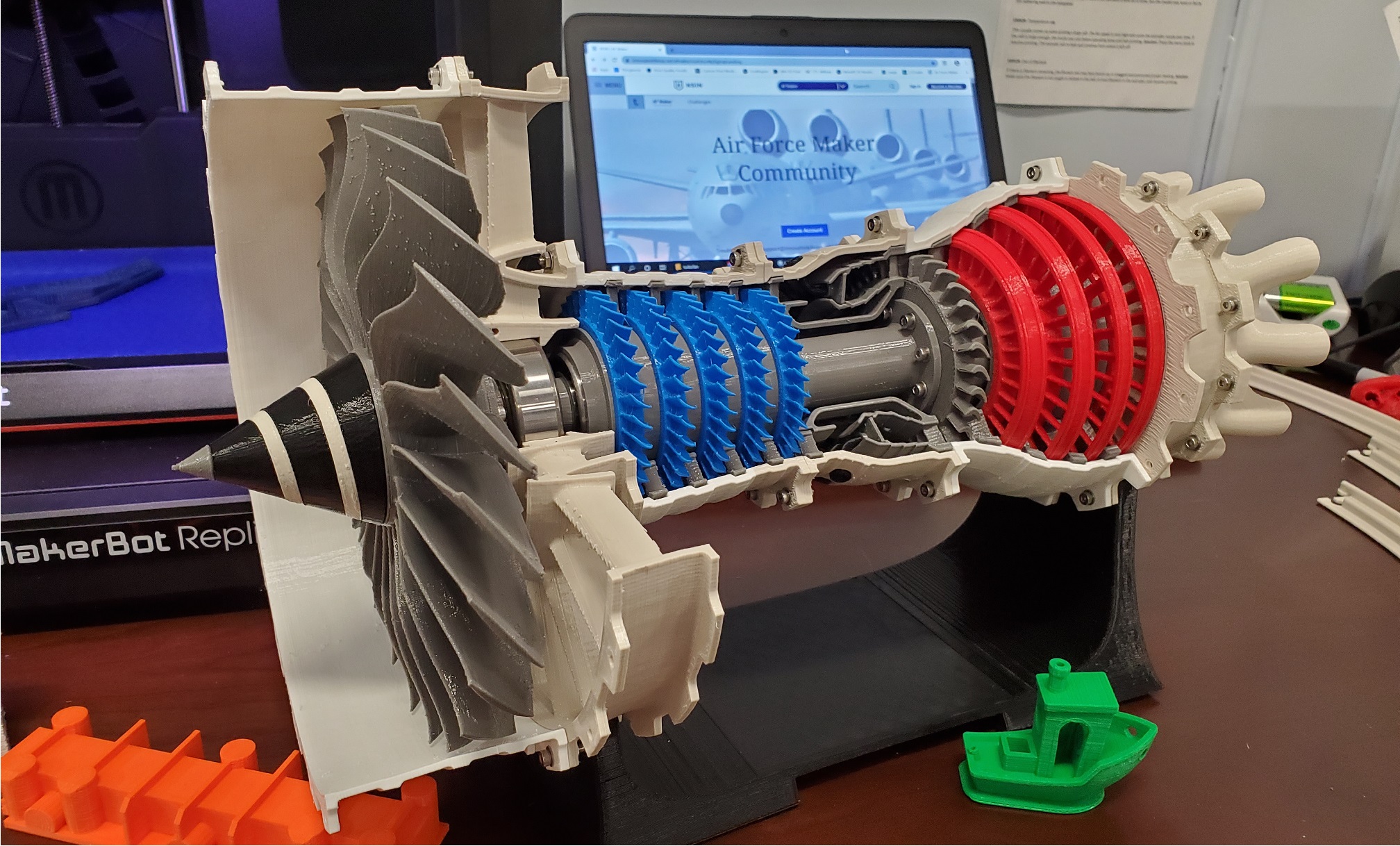 Aside from a few nuts and bolts, this scale model of a turbofan engine was entirely 3D printed in the Innovation Lab. The cutaway exposes the engine internals, which can be further explored using augmented reality. The model is on display in the Innovation Lab at AU Library. 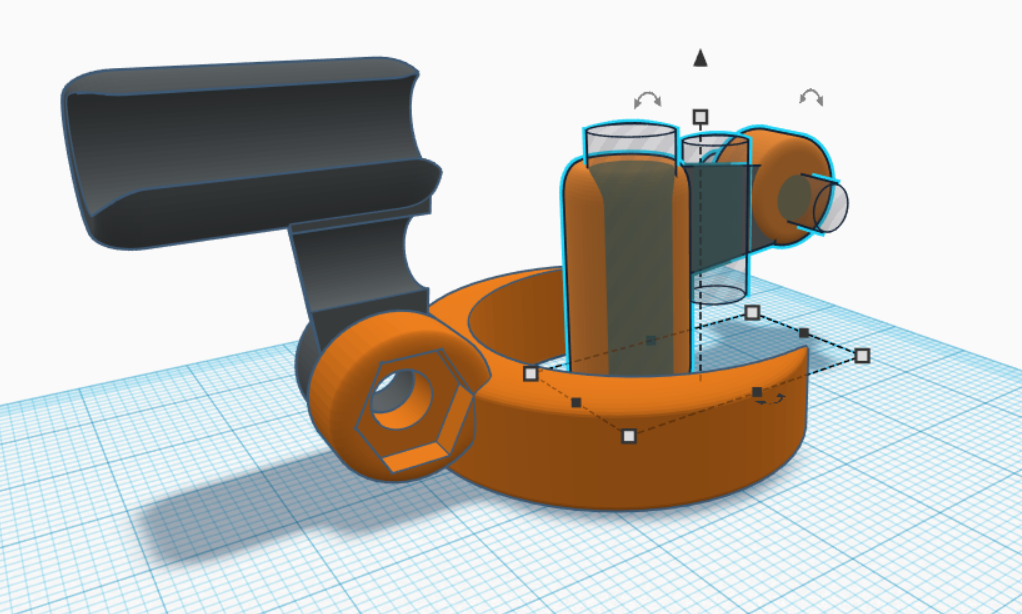 3D modeling is highly accessible today, as many applications are open source and designed to be as intuitive as possible. No prior experience, computer science degree, or engineering background is required to develop original models and plans. The model above (a bracket for virtual reality sensors) was designed in less than two hours by an AU Librarian who had no previous CAD or 3D modeling experience. The bracket uses just a few cents worth of material, but saves hundreds of work hours when setting up a large inventory of VR equipment. 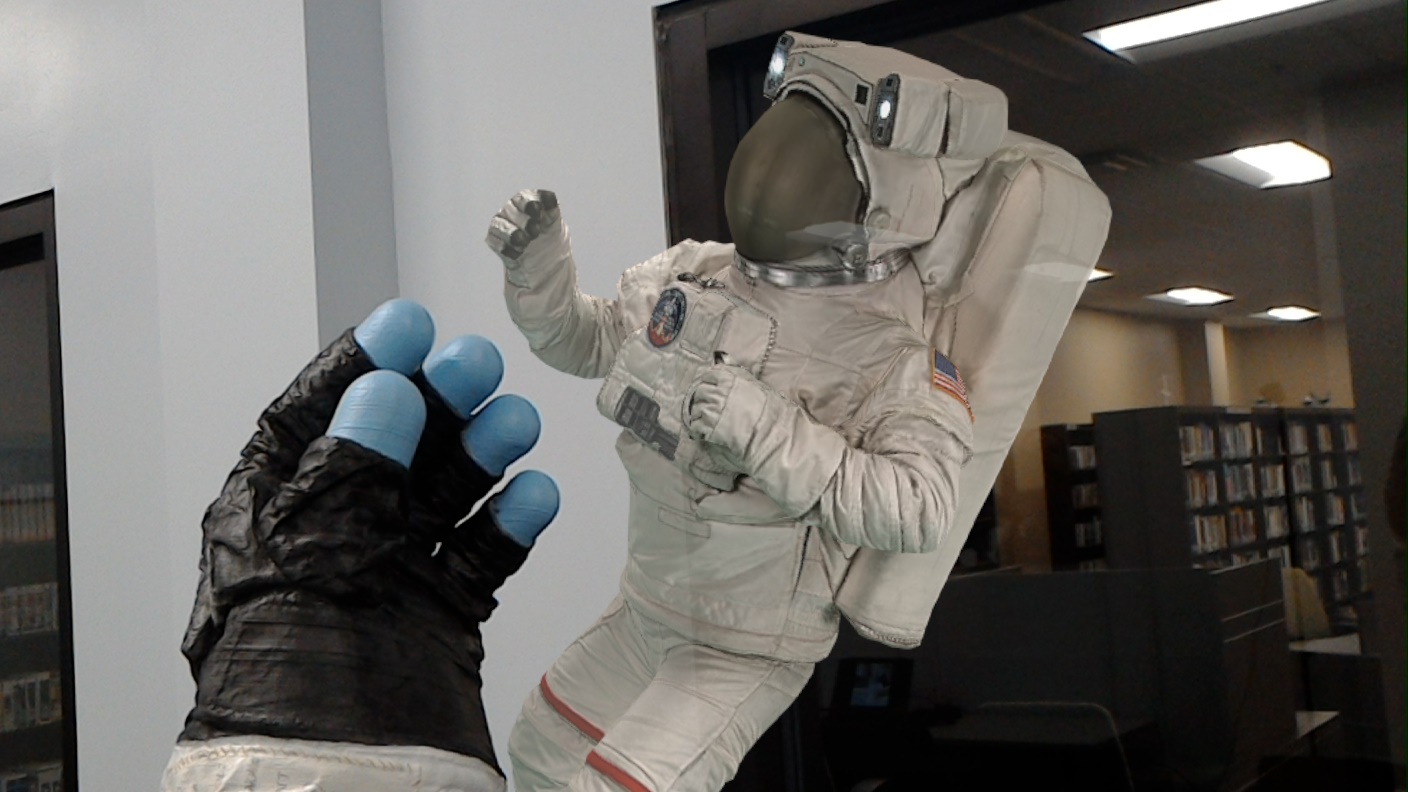 3D object libraries contain countless virtual models for editing, printing, and uploading to VR/AR applications. A user can insert three-dimensional models into virtual or real-life environments, and manipulate the models as if they were real objects. Here, a Library patron interacts with an animated 3D virtual astronaut projected by the Microsoft HoloLens augmented reality visor (While wearing a 3D printed replica of an Apollo 11 spacesuit glove). 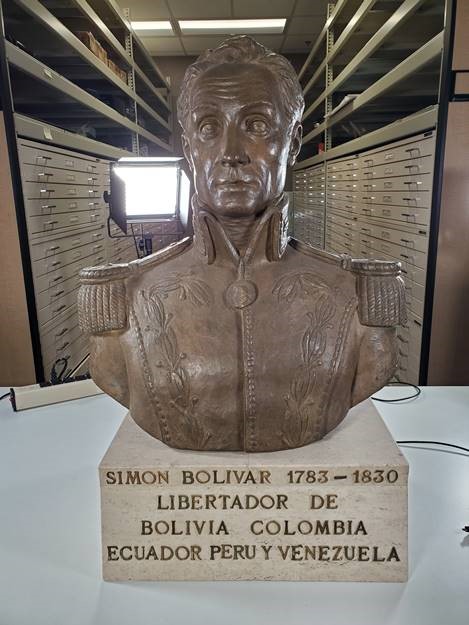 In 1977, Venezuela's Air Force gifted AU Library a bust of Simon Bolivar in appreciation for AUL's outreach and collaboration. The bust, now preserved in Special Collections, has been digitized by Library staff using photogrammetry. 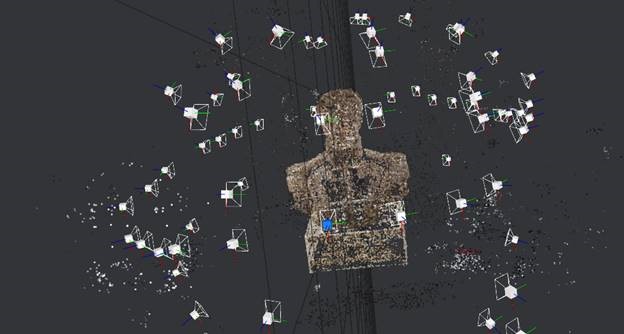 Librarians took photographs of the bust at various angles and fed the photos into a computer for processing. 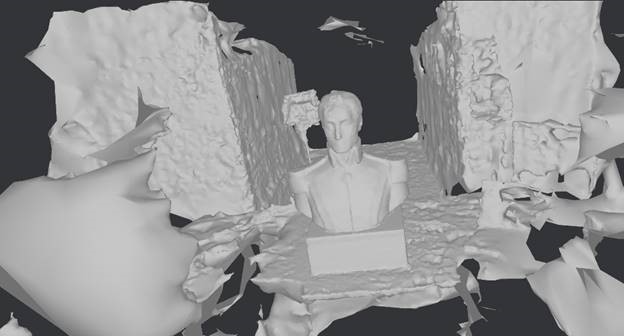 The photos were stitched together, creating a mesh suitable for further use and editing as a 3D model, or for 3D printing. 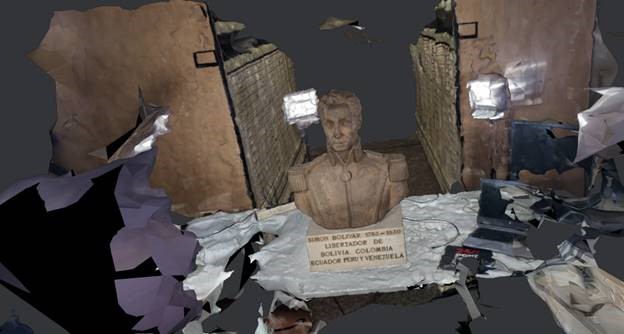 Because these are ordinary photographs, the original textures can be retained and applied for using the model in AR/VR. 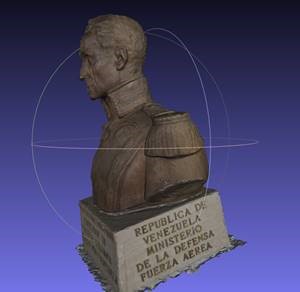 Using editing software, the background is removed and Simon is ready for 3D printing. 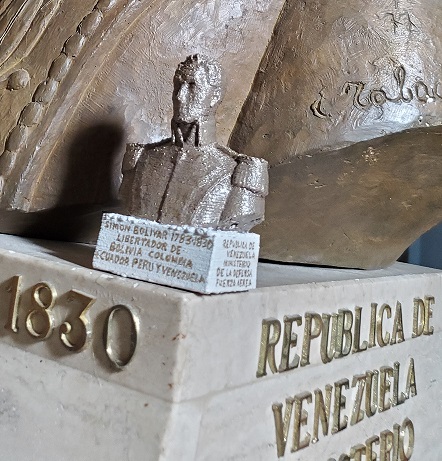 After printing and a little added color, "Mini-Simon" hangs out with his big brother.